The magnificent Dadivank is one of the beautiful churches of Artsakh. It was built in the 9th-13th centuries. The church is located on the slopes of Dadivan Mountain near the village of Dadivank in Nagorno Karabakh. It was called also Khutavank because it was built on the hill (‘Khut’ means ‘hill’ in Armenian).

According to a legend, the monastery was founded by St. Dadi – one of the followers of Apostle Thaddeus who spread Christianity in Armenia in the 1st century. The relics of Saint Dadi were discovered under the altar of the main church during the excavations in 2007.

In historical references, the church was first mentioned by Mkhitar Gosh who lived and worked there for some time. 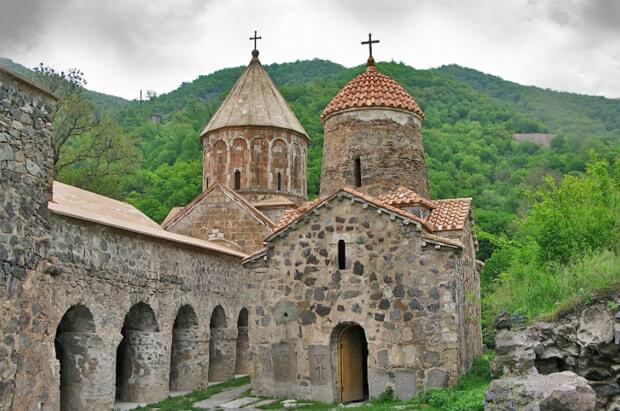